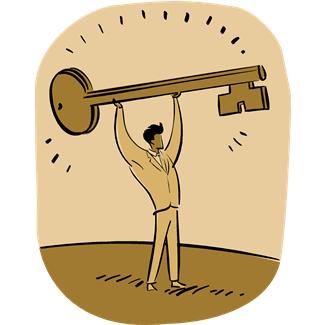 Over brunch recently, a friend and I got into a disagreement over the pronunciation of the word ‘contemplative’. Unable to wait out the entire meal pondering who was correct, I grabbed my smart phone and opened a dictionary app. Turns out we were both right.

Along with the shared victory, however, I received an added bonus: a search ad that I had written was unexpectedly displaying at the bottom of the screen. Although I’ve been in the search world for going on three years, this was a first for me, and honestly, a bit of a thrill.

A thrill, yes, but a short-lived one. See, the ad was for a brand that has nothing to do with contemplation, dictionaries, apps or smart phones. There was absolutely no link between the action I was taking on my phone and the ad that was being served to me via the Google Display Network.

Not so in search.

Rather than return those dollars, a somewhat easy way to spend additional budget is to run the campaign on Google’s Display Network, as well. For those who may not know, the Google Display Network allows advertisers to place text, image and video ads on news sites, blogs and other sites across the Internet, including on mobile and tablets. The idea is that by selecting sites relevant to what you’re advertising, you’ll reach more potential customers that you might on the Search Network alone.

Employed smartly, the Google Display Network can be a great companion to a Search Network campaign. To employ it smartly is to be selective in the placements you target, design a campaign and ad copy specifically aimed at the Display Network audience, and be sure to track engagement via analytics.

However, when the primary goal becomes less about maximizing efficiencies than maxing out budget – as was the case with this particular brand – you have to set as broad a net as possible simply in order to spend. Thus we find ourselves contemplating why we’re being served an ad that has nothing to do with what we’re doing online.

How to avoid this? Involve your search team early in the budget process. They have insights into the market, the peaks and valleys, as well as what the campaign can reasonably – and, most importantly, efficiently – spend.