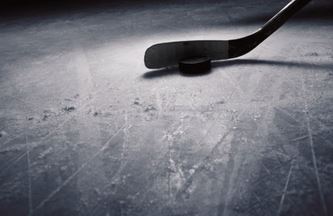 Late into the game but quickly closing the gap – the introduction of analytics into sport is not that new of an idea. Often an oversight for marketers and agencies, analytics allow us to understand facets of our market that may not be apparent from the traditional view. Take the 2002 Oakland Athletics or better known as the ‘Moneyball’ team. At the time this approach was controversial and highly scrutinized among not only various members of team management but throughout the league as well. Although it didn’t win them a championship it did take a losing team to the post season in two consecutive years competing against some of the largest market teams in baseball such as the New York Yankees.

Now, more than a decade later the analytics conversation has found its way to the frozen pond. The topic of conversation and, similar to baseball, is a very controversial approach. Only within the recent years has the idea of building a team based on analytics even been entertained. Is it possible that hockey ‘analysts’ have been approaching the game all wrong? Not a yes or no question but if this year’s off season is any indication then that’s the direction hockey seems to be heading in. Teams around the league have been beefing up management teams with analytical specialists, hockey hub city Toronto, home of the Maple Leafs has even gone as far to name one their assistant GM – first to make this step but it could pay dividends; 48 years worth.

For hockey, analytics is unchartered territory that we as marketers sometimes fail to utilize. It’s about the approach and thinking outside of the box – beyond the conventional means. Understanding how users behave and learning’s derived can be critical to the success of any product, service or company as a whole.

For some analytics is engrained in our day-to-day, for others it may be unfamiliar. With a plethora of data and information at our finger tips it is no secret that analytics needs to at the very least be in the discussion.  One thing for sure is that, no matter the industry, analytics is growing and continues to play a prominent role in businesses today.