Home » Blog » What Will Be The Next Google Animal And What Will It Eat?

What Will Be The Next Google Animal And What Will It Eat? 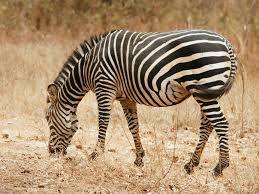 Google recently released a major change to its ranking algorithm called Google Hummingbird. As with two of its previous major udpates, namely Panda and Penguin, an animal code name was used for their algorithm update. While the previous updates were aimed at penalizing poor quality websites and violations to Google’s Webmaster Guidelines, Hummingbird was designed for searches to be more human friendly and understand the intent of searches and provide the best results.

As the web is constantly evolving and growing, Google regularly updates their ranking algorithms to provide the most relevant results and provide the best user experience. It’s only a matter of time before Google releases another major update but which animal will be used for a code name and what websites will it eat? First, let’s look at the two major updates which had a direct impact on the SEO community.

In 2011, Google Panda was first released. This change in Google’s ranking algorithm was to penalize low quality sites with minimal content and have higher quality sites near the top of the search results. Poor quality sites generally characterized by prominent display of ads and duplicate content experienced a drop in rankings while websites rich in content saw their rankings improve.

Google Penguin was first released in 2012. This algorithm update aimed at penalizing sites using black hat SEO techniques to achieve higher rankings. Most of these tactics involved link building schemes. Since the number of links pointing to a page can act as a vote in popularity it is one of the many factors in search rankings. As some webmasters found they could improve their search rankings by manipulating the number of incoming links, they focused on quantity over quality and started building low quality links by spamming.

The code name for both these updates were animals beginning with the letter ‘P’ and both are black and white. The former is probably just a coincidence but the latter likely symbolizes black and white hat SEO techniques. My guess is that the next animal will be black and white. Perhaps a zebra, skunk or dalmatian? I will go with Google Zebra.

Now what would Google Zebra eat? I believe Google is shifting towards social media signals instead of inbound links in order to determine the popularity of a website. People found a way to increase the number of links by spamming or buying links. We are starting to see the same happen with social media and a cottage industry as evolved where people can buy Facebook Likes, Google +1 votes and Twitter followers. If a website starts receiving a high number of links through social media which seem unnatural, my guess is that Google will be able to detect it and penalize those sites.

Regardless of what the next major Google update will be, the same will always hold true. If you have quality content that people naturally want to share or link to, your site should not be impacted and will probably benefit from the update.